Posted on January 2, 2017 by maryannadair 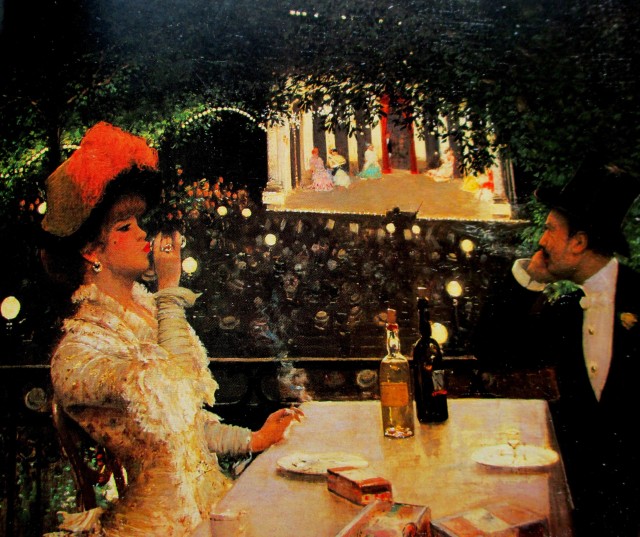 French Impressionist painter and commercial artist noted for his paintings of Parisian life during the Belle Époque period, Jean Béraud was born in St. Petersburg on January 12, 1849.  After his father’s death, the family moved to Paris.  Béraud exhibited his paintings  for the first time in 1872 but did not gain recognition until 1876. He exhibited with the Society of French Watercolorists at the 1889 World’s Fair in Paris.

Béraud’s paintings often included truth-based humour and mockery of late 19th century Parisian life, along with frequent appearances of biblical characters in then contemporary situations. Towards the end of the 19th century, Béraud dedicated less time to his own painting and worked on numerous exhibition committees, including the Salon de la Société Nationale.

In his latter years, his style gradually shifted from Academic towards Impressionism. However, while the major Impressionists fled the chaotic Paris and painted landscapes of the surrounding areas, Beraud – like his friend Edouard Manet and Edgar Degas depicted the urban life.

Meanwhile, back at the Ambassadeurs (see above), red hat or not; may I say Bonne Année or Happy New Year to you all!