May the Mather Inlaid Layer Remain a Major Lasting Stayer 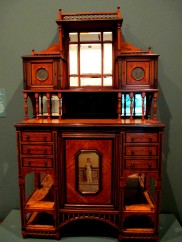 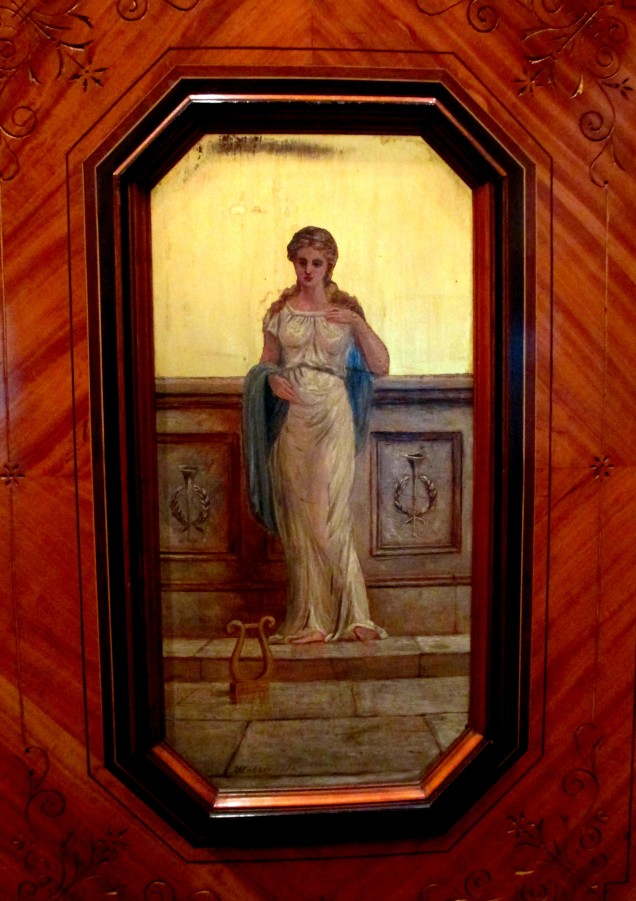 Scottish-born Australian plein-air painter and etcher John Mather was born in Hamilton, South Lanarkshire in 1849. After studying art at the Royal Glasgow Institute of the Fine Arts he migrated to Australia in 1878.  By 1880, Mather was partly responsible for the decoration of the dome of the Royal Exhibition Building, Melbourne. He was appointed to the board of trustees of the Public Library, Museums and National Gallery of Victoria in 1892 and a founding member of the Victorian Artists’ Society, and its President from 1893-1900, 1906–08 and 1911. Mather worked as a house decorator. He was a member of the Felton Bequest Committee (1905–1916) and as trustee, strongly supported Australian art.

As a decorator; an example of Mather’s work can be found at the NGV within the inlay design of a cabinet made of both East Indian and West Indian satinwood, other timbers and glass. It was made in 1880 by local Melbourne manufacturer W.H Rocke & Co which was established by William Henry Rocke who arrived in Melbourne aged 16 and established an important furniture importing and manufacturing business. He participated in the inter-colonial and international exhibitions including the 1880-81 Melbourne International Exhibition for which this cabinet (featured above)  was exhibited. Constructed in the Old English style; it is one of the many revivalist styles of the Aesthetic Movement and combines elegant inlaid decorations with panels painted by John Mather. (Courtesy of NGV Bequest of Mrs. Stella Hawkes 1991).