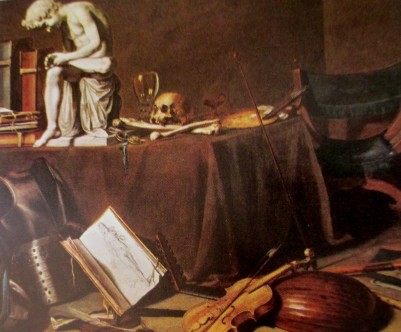 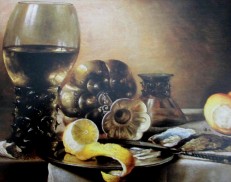 Dutch Golden Age artist Pieter Claesz was born c. 1597 in Berchem, near Antwerp, Belgium. Living in Haarlem, he became a member of the Guild of St. Luke in 1620. Claesz was influenced by a type of still life painting movement known as vanitas, a common genre in Netherdlandish art of the 16th and 17th centuries. These showed the spirit of the Reformation and were more subdued, with an almost monochromatic palette, displaying subtle indications of light and texture, appearing throughout.

Common vanitas symbols included: skulls, (a reminder of the certainty of death); rotten fruit (decay); bubbles (the brevity of life and suddenness of death); smoke, watches, and hourglasses (the brevity of life); and musical instruments (brevity and the ephemeral nature of life). Fruit, flowers and butterflies were interpreted in a similar way; and a peeled lemon was, like life; attractive to look at, but bitter to taste.

1 Response to Vanitas | The Still Life of Pieter Claesz