The Brother Hoods of Fiona Foley 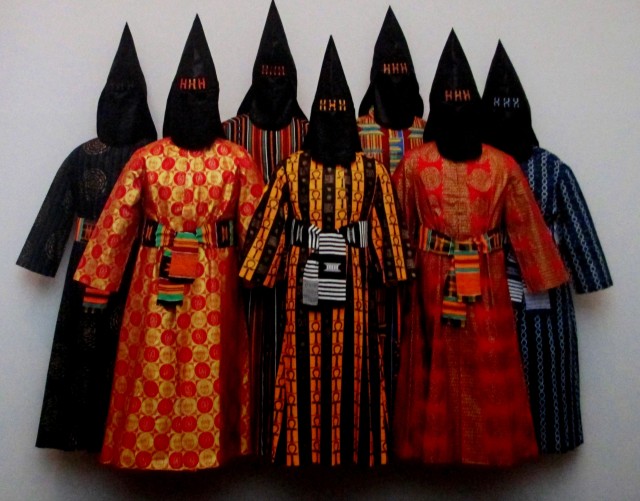 Fiona Foley (born 1964) is a contemporary Indigenous Australian artist from Badtjala, Fraser Island, Queensland. She studied at the Sydney College of the Arts, and as an artist has travelled internationally and ventured into remote communities in the Northern Territory.

For Foley, the political and the personal are not separate entities. Her lifestyle and art both reflect a commitment to her Indigenous identity and challenge to Australian culture to reread history; and to reveal moments of strength and empowerment.

In 2000, Foley’s work was among that of eight individual and collaborative groups of Indigenous Australian artists shown in the prestigious Nicholas Hall at the Hermitage Museum in Russia. Her works are held in the collections of the Queensland Art Gallery,  University Art Museum at the University of Queensland, and the National Gallery of Australia.