Compare the Pair #16 | Time to Bring Home the Bacon 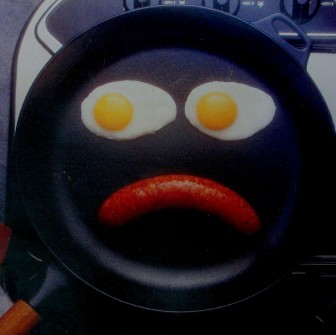 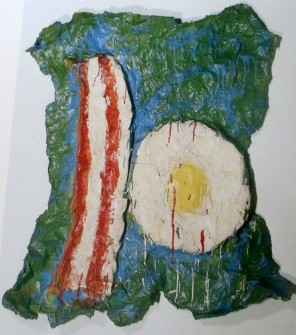 There has been a lot of updated research flooding the media upholding the virtues (in one study) of the importance of eating meat (including bacon and sausages) in an average protein diet, to help keep stomachs feeling full. Other studies claim eggs are OK for heart health, with heart health specialists condemning these results.  So, I found two examples of bacon and eggs, which seems everyone loves except doctors and nutritionists.

Claes Oldenburg is an American sculptor and artist born on January 28, 1929, in Stockholm and  is best known for his public art installations, typically featuring large replicas of everyday objects. He studied literature and art history at Yale University (1946-1950), followed by study at the School of the Art Institute of Chicago. Oldenburg opened his own studio in 1953. Three years later in 1956, he moved to New York, working part-time in the library of the Cooper Union Museum for the Arts of Decoration. 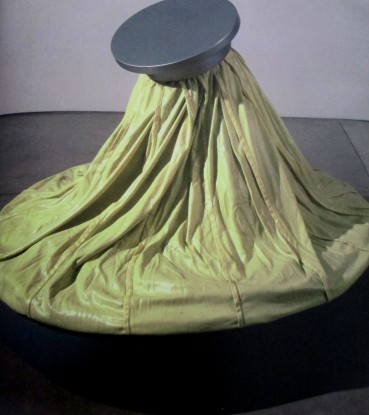 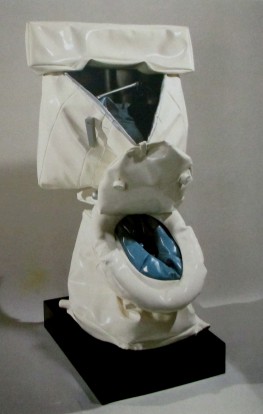 This entry was posted in StreetArt. Bookmark the permalink.