There is none more strikin’ than a vintage fashion Steichen 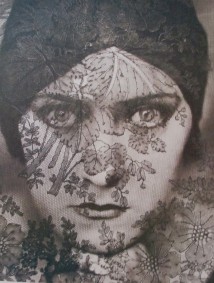 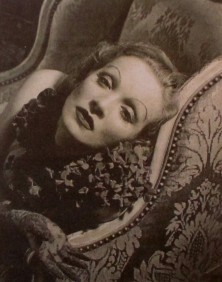 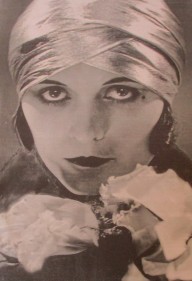 American photographer, painter, art gallery and museum curator, Edward Jean Steichen (March 27, 1879 – March 25, 1973) was the most frequently featured photographer in Alfred Stieglitz’s ground-breaking magazine Camera Work (1903-1917).  Together they opened the Little Galleries of the Photo-Secession, which eventually became known as 291 after its address.  Steichen also became a celebrated photographer for the Condé Nast magazines Vogue and Vanity Fair while also working for many advertising agencies including J. Walter Thompson.  After WW2, he became Director of the Dept. of  Photography at the Museum of Modern Art in New York until 1962.

Steichen was born in Bivange, Luxembourg, the son of Jean-Pierre and Marie Kemp Steichen. The family migrated to Chicago around 1880-1881.  When Steichen was 15, he began a four-year lithography apprenticeship with the American Fine Art Company of Milwaukee. . He bought his first camera in 1895. Along with fellow art students, a small group rented a room and were known as the Milwaukee Art Students League. Steichen married three times. Firstly to Clara Smith in 1903, and they had two daughters.  After their divorce in 1922, Steichen married Dana Desboro Glover in 1923. She died of leukemia in 1957.  By 1960, at the age of 80, Steichen married Joanna Taub and remained married to her until his death.

During WW2, Steichen served as Director of the Naval Aviation Photographic Unit. His war documentary The Fighting Lady, won the 1945 Academy Award for Best Documentary. After the War, Steichen served as the Director of Photography at New York’s Museum of Modern Art until 1962. Among other accomplishments, he is appreciated for creating The Family of Man, a vast exhibition at the Museum of Modern Art consisting of over 500 photos that depicted life, love and death in 68 countries. This exhibition was seen by 9 million people. As had been Steichen’s wish, the exhibition was donated to the Grand Duchy of Luxembourg.  It is now permanently housed in the Luxembourg town of Clervaux.