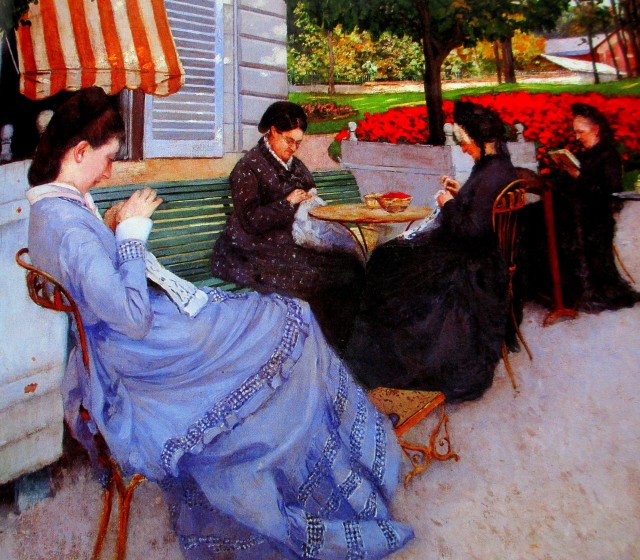 Here we have “Portrait in the Country” (1876) oil on canvas (Le Musée d’art et d’histoire Baron Gérard) , Bayeux, France.  The artist is Gustave Caillebotte who was born on 19 August, 1848. He was a member of the French Impressionist movement, although he painted in a more realistic manner than many others  in the group.

Other hobbies and pursuits Caillebotte indulged in included:

Sadly, Gustave Caillebotte died on 21 February, 1894. But thankfully in his Will, Caillebotte donated his large collection of art to the French government – and for your generosity, we say Merci!