Greer Honeywill | Architecture of the Heart

Posted on January 6, 2020 by maryannadair 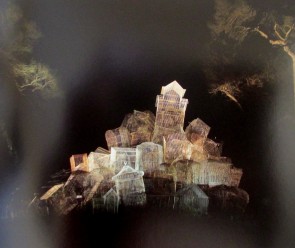 Between 1963 and 1976 Honeywill worked as a stage designer in Adelaide. She designed Eureka Stockade for the University of Adelaide Theatre Guild and the 1976 production of Jumpers, both for the Adelaide Fringe Festival.

Greer Honeywill relocated to Melbourne in 1990.