In the Room and Around the ‘Bend 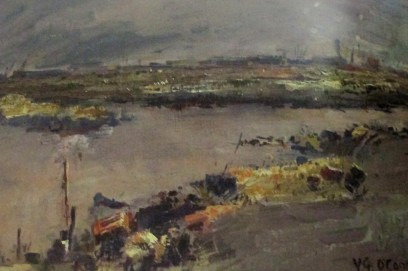 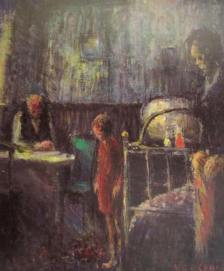 Australian artist Victor George O’Connor was born in Preston, Melbourne on 21 December, 1918. He studied at the prestigious Melbourne High School and studied law at Melbourne University where in late 1941, at the age of 23, he completed his law degree and went into the army. With an interest in both art and politics, he became active in the Australian Realist movement. His work is represented in the Australian National Gallery as well as in various state and regional galleries.

After the death of his second wife, in 2004 he had  aspirations about painting again, but due to arthritis in his hands and poor eyesight he moved into an aged-care home in Fitzroy,  where he died on 8 September, 2010, at the age of 91.

This entry was posted in Art, Paintings. Bookmark the permalink.