The spirit of community expounds in Ethos 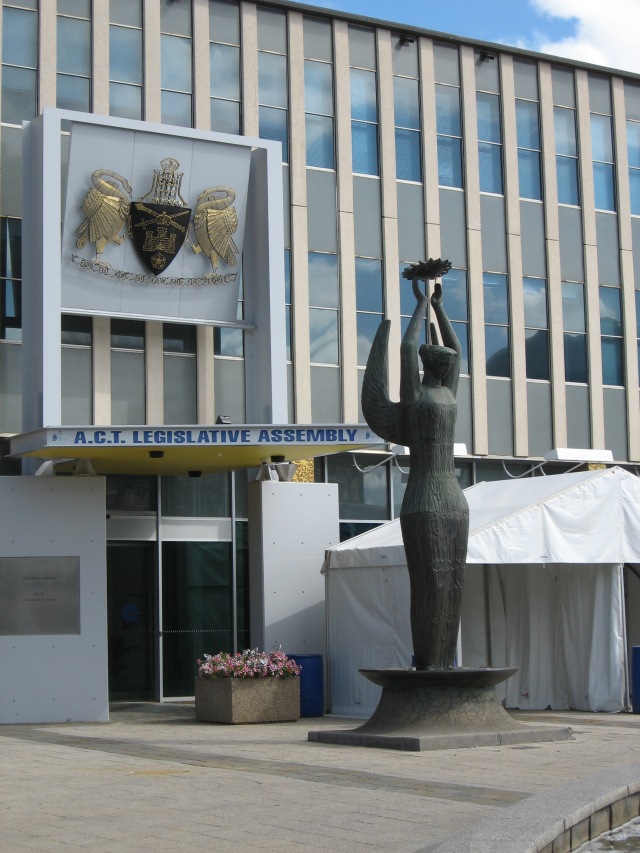 “Ethos” is a slender-winged bronze figured sculpture which stands in the Australian capital city of Canberra’s Civic Centre.  Sculptured by Tom Bass, “Ethos” symbolizes the Capital’s ‘Spirit of the Community’ and is said to be an expression of the nation’s faith in its capital city.  Canberra grew out of the formation of the Australian Federation of states in 1901, when the 6 wrangling former colonies came to a point where their common interests demanded a single focus. Ten years of bitter debate by all interested parties eventually settled upon a district which was once referred to as Canberry.

The task of planning a city to suit its rolling contours went to the designer Walter Burley Griffin, a young Chicago architect, whose design was chosen from 137 entries in an international competition. Griffin planned several dynamic hubs with the main highways radiating from them like spokes of a wheel. A lake, bridges, boulevards, parks, along with business and domestic areas were all placed in such a position as to make it a modern city; which would be both functionally and aesthetically satisfying.

For further examples of sculpture and street art visit my this page.