Santa Claus is coming to town… 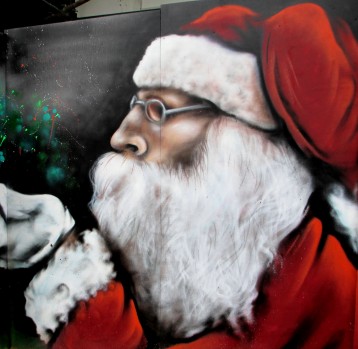 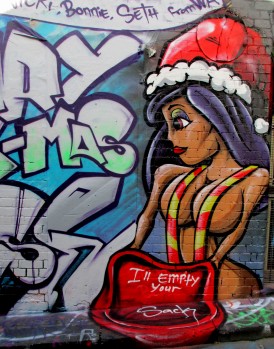 “You better watch out, You better not cry , Better not pout , I’m telling you why, Santa Claus is coming to town“.

…and he is not too far away from you. Between himself, his elves and his reindeer, he has managed to do the annual 24-hour global tour to meet the needs of those who are awaiting his presence or his presents. He also managed to send some pre-Christmas elves to adorn various street art walls, to remind him that his annual pilgrimage is not too far away.

According to Wikipedia, Santa’s helpers around the world have various names. e.g. in Iceland they are the Yule Lads; in Belgium and The Netherlands, the companion is called Black Peter; in Germany they are the Knecht Ruprecht and in Luxembourg they are known as Hoesecker. In the eastern regions of France, Père Fouettard accompanies Santa Claus, distributing coal to the naughty children. In that case, we want less coal and more joy. Ho, ho ho, Merry Christmas, and may your stockings be loaded and full!

Street art featured above comes from Canberra and Melbourne.