Let’s get to the Point 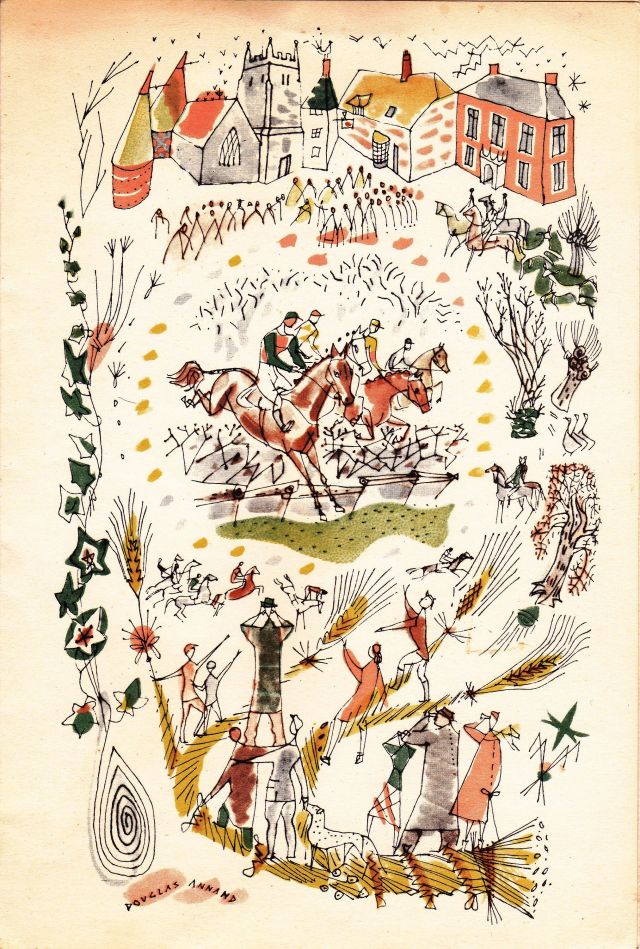 Point to Point is the name of the cover art for this vintage Cruising Menu. It is one of a series of seven racecourse-themed menus designed for the Orient Line by Douglas Annand of Sydney. Point to Point relates to the steeplechase. By definition, all races are of a three mile length and are usually run on hunting horses. There is a race for women riders as well.

Douglas Shenton Annand (1903-1976), was a graphic designer and artist, born on 22nd March, 1903 in Toowoomba, Queensland; the third child of Frederick William Gadsby Annand, (an Accountant), and his wife Helen Alice, (née Robinson). Annand studied commercial art at the Central Technical College, Brisbane. In 1920, Douglas joined the English, Scottish & Australian Bank. Five years later he began work as a commercial artist at Reed Press and attended night-classes at Brisbane Central Technical College under L. J. Harvey. Apart from his work for the Orient Lines, he was commissioned by a Brisbane jewellery firm and prepared wildflower designs for the Royal Worcester Co. Ltd,  in England.

If you are more interested in the culinary offerings for this particular night’s dinner under the Point to Point Menu for Tuesday 18th February, 1958 some of the offerings included were:

The Point of the matter with this example of illustration, is that art does indeed mix with food, especially when artists are involved in the menu design! Bon appetit!