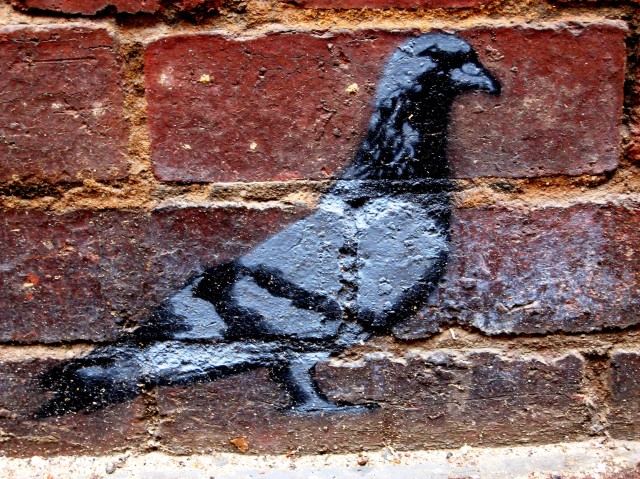 This week we came across an incredibly sad sight that has affected us all week. Finding ourselves an ingredient short of a great recipe idea at dinnertime, we made a quick visit to the local supermarket. Parking the car in the underground car-park, I took the lift up to the next floor, to the entrance of the supermarket. My other half, as driver, had opted to stay in the car-park whilst I dashed off to get the missing ingredient. Whilst sitting in the car, he could see a lonely pigeon standing near an empty car-park spot closest to one of the concrete walls. It was barely moving, as if standing vigil. I went up to have a closer look and to my horror, realised the pigeon was indeed standing vigil next to the squashed remains of another pigeon; all blood, guts and feathers. Quite clearly the pigeon was aware of it’s mate’s demise and was seemingly overcome with devotion and understanding that it needed to stand-by.

Two days later, we went back to the same supermarket carpark and found the pigeon was still standing sentinel at the same spot, as if it had not moved in over 48 hours. To us it has proved that it is not only humans who mate for life, but many other birds and animals, and if they can show true feeling for their mate and/or love-loss, it shows we are not alone and that these feelings are only natural.