A slice of Lavery with a cherry on top

Posted on January 9, 2014 by maryannadair

Image is from  detail of “Under the Cherry Tree” by Sir John Lavery, at the  Ulster Museum, Belfast.  Sir John Lavery, a Belfast-born portrait painter was born on 20th  March 1856.  He attended the Haldane Academy (Glasgow) and the Académie Julian (Paris).  He was commissioned to paint the state visit of Queen Victoria to the Glasgow International Exhibition, in 1888.

This launched his career as a society painter and he moved to London and became friends with James McNeill Whistler. He was appointed as an official artist during WWI. however, ill-health prevented him from travelling to the Western Front.  According to Wikipedia, a serious car crash during a Zeppelin bombing raid kept him from fulfilling his role as a war artist. He remained in Britain and mostly painted boats, planes and airships during this period. 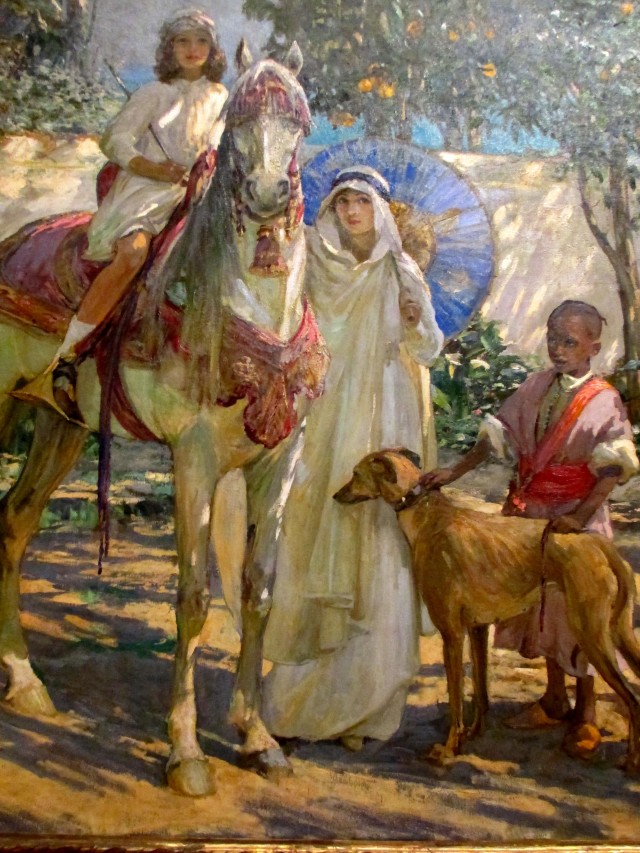 Lavery was knighted in 1921. Eight years later, he and his wife returned to their Irish roots and he made substantial donations of his work to both the Ulster Museum (see above) and the Hugh Lane Municipal Gallery.  He died in County Kilkenny, aged 84, from natural causes on 10th January, 1941 and was buried at Putney Vale Cemetery.

This entry was posted in Gallery Art, Paintings and tagged #Belfast, Art, John Lavery, Ulster Museum, Under the Cherry Tree. Bookmark the permalink.