“The Eagle Will Rise Again…”

Posted on August 4, 2013 by maryannadair 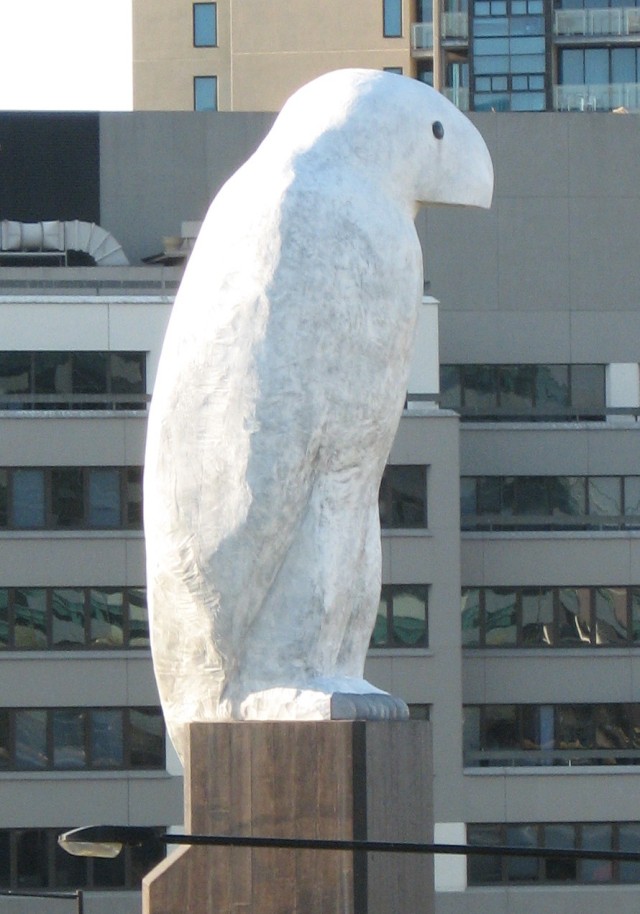 Eagle, a 25 meter-high sculpture by Bruce Armstrong has been keeping a watchful eye from his perch in Wurundjeri Way, in the Docklands precinct of Melbourne for over a decade. Majestic in his stature, the  timber, aluminium and glass statue represents the spirit creator of the Kulin nations which include the Wurundjeri people.  However, just when you thought that “the eagle had landed,”  it would appear that this 20-tonne “big bird” has been issued with an eviction notice.

Apparently, his eyrie is considered to be sitting in prime real estate territory and has been marked for further (and as if it is needed), development; including a mix of high-rise office space and 600 new apartments with a public plaza in the middle.  But what is more disturbing is that it appears that both the sculptor (Armstrong) and the Wurundjeri Tribe Land Cultural Heritage Council had not been informed of Eagle/Bunjil’s future.

I am disturbed by this.  I want to help Bunjil from becoming an endangered species of art. As an inspirational message,  I’ll leave you with an opportunity to listen to a song from the 1978 album “Pyramid” by The Alan Parson Project, entitled (and in this case, the very apt) “The Eagle Will Rise Again“.  It starts:

“And I could easily fall from grace,
Then another would take my place
For the chance to behold your face…”