Bali Hai! This is Why

Posted on February 7, 2018 by maryannadair 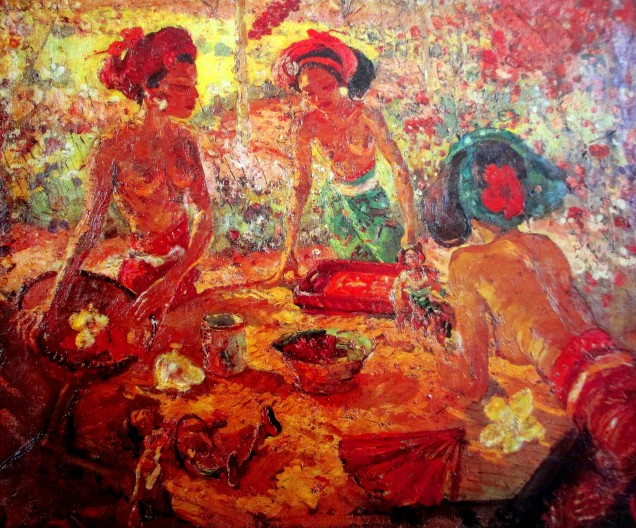 Belgian painter Adrien-Jean Le Mayeur de Merpes was born in Brussels on 9 February 1880. He left Europe in 1932 and travelled to Bali where he remained for the rest of his life. Le Mayeur De Merpes was fascinated with the Balinese culture and the Hindu traditions including the Balinese people’s traditional way of life, the temple rituals and the performance of their local music and dances. He was also impressed with the luscious greenery and surroundings of Bali’s tropical climate.

A number of Le Mayeur De Merpes’ Balinese art works were exhibited in Singapore in 1933, which increase his popularity. Due to this success, he purchased some land and built a house and studio at Sanur beach. Ni Pollok and her two female friends worked every day as models for Le MayeurDe Merpes; and by 1935 he and Ni Pollok married.

In 1956, Post-Proclamation of Independence, the Indonesian Minister for Education and Culture visited Le Mayeur De Merpes and Pollok and recommended that their house, studio and all its contents be preserved as a museum.  Le Mayeur De Merpes agreed and on 28 August, 1957; a Deed of Conveyance was signed, and the property and its contents were gifted to the public; as a museum.