A Hint in Sinton Art

Posted on January 2, 2021 by maryannadair 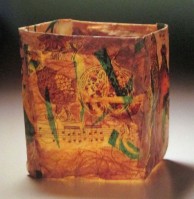 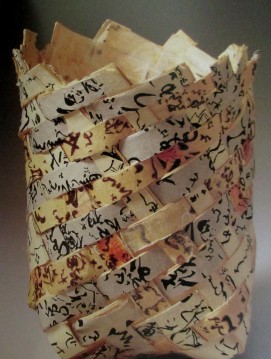 These were all created by fiber artist and textile sculptor, Carol Walter Sinton  (1917-2002). Carol Walter was born in 1917 in San Francisco, California, in the USA.  After graduating from the Katherine Delmar Burke School in 1935 and Chevy Chase Junior College, Maryland in 1937; she began the study of weaving and design at Marina Adult School, in San Francisco, after her marriage to Henry Sinton in 1938.

In 1950, Sinton co-founded the Yarn Depot Cooperative; and the Weavers Study Group which ran for 10 years, until 1960. During her artistic career, Sinton joined many groups such as the Contemporary Handweavers of California, and the Friends of Fiber Art International.  From 1974-1978 she was a member of the Board of Trustees for the American Craft Council and became Honorary Trustee in 1986.

Sinton had a long and distinguished career exhibiting her art over a 40 year period from 1953 to 1994 including exhibits at the Richmond Art Center, Designer Craftsmen in 1963, 1974 and 1981; Basketry Shapes and Embellishments for the 1978 Exhibition at the Palo Alto Cultural Center and a Survey: An Invitational Exhibit of California Artist-Craftsmen in 1969 at the Fine Arts Gallery of San Diego – to name but a few.

Sinton’s work has also featured among the collections of over 11 galleries throughout the US; including the Crocker Art Gallery,  Sacramento; Katie Gingrass Gallery, Milwaukee; Iowa State University, Meyer, Breier, Weiss, in San Francisco and the California Crafts Museum.

This entry was posted in Art, Ceramics, DecorativeArts, Sculpture, Textiles. Bookmark the permalink.