The Raft of the Medusa and Two Naked Men

Posted on December 3, 2020 by maryannadair 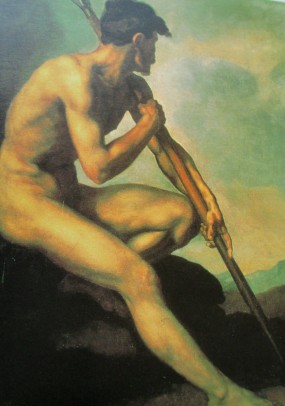 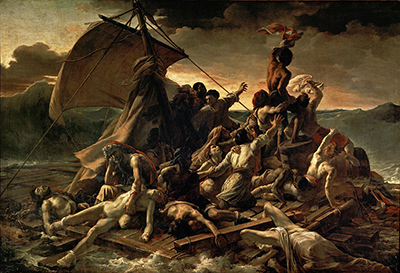 [Images: Nude Warrior with a Spear, Man Naked to the Waist, and The Raft of the Medusa]

French artist and lithographer Jean-Louis Andre Theodore Géricault (26 September 1791 – 26 January 1824) was born in Rouen, France. Géricault was one of the early pioneers of the Romantic Movement in art; and is best known for his work The Raft of the Medusa (1818-19, Louvre, Paris).

Amid the last days of his life, Géricault needed to have a tumour on his lower spine removed which was the consequence of three horse riding accidents that happened in the spring of 1822. Always intrigued by anatomy and ‘the body’ Géricault rejected the offer of surgical anaesthesia, so that he could see; with the guide of a mirror; the components of his body as the surgeon operated.  Needless to say, it was not long after this procedure that Géricault, weakened with illness, died on 26 January 1824.