Is the Scalpel Mightier Than the Pen? 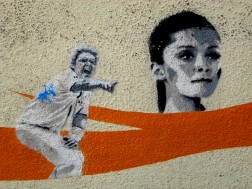 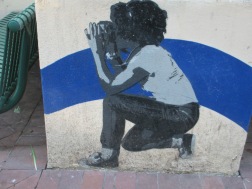 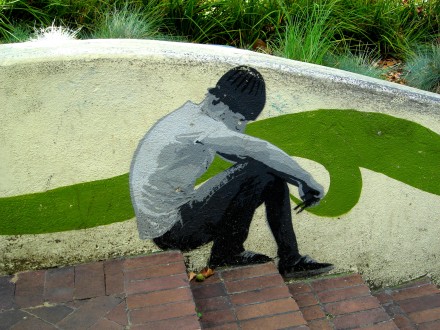 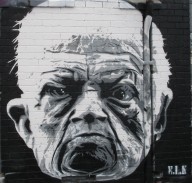 ELK aka Luke Cornish is an Australian born street artist (born 1979) who has created unique, powerful images from handmade stencils from Canberra, Melbourne and Sydney. His rise within the contemporary art world has been meteoric, becoming the first artist to be nominated for the Archibald Prize with a portrait created entirely out of stencils.

A former blue-collar worker from Canberra, Cornish’s apathy and boredom during his early twenties encouraged him to start experimenting with Stanley knives and spray-paint cans. Fast forward a decade and a bit; and Cornish has literally carved his name into the general public’s mind.

After a few small exhibitions across Australia, Cornish’s abilities began to attract public attention. Over the past ten years he has been granted many awards, including:

Now living and working in Sydney, Cornish has continued to refine his art and in early 2017 co-founded the ‘For Syria’s Children‘ Charity organisation, raising much needed funds for Syrian children affected by the conflict.

Cornish has shown the art world that even if the “pen is mightier than the sword”, the “scalpel might win out overall”