Of Peonies and Peacocks

Posted on September 3, 2014 by maryannadair 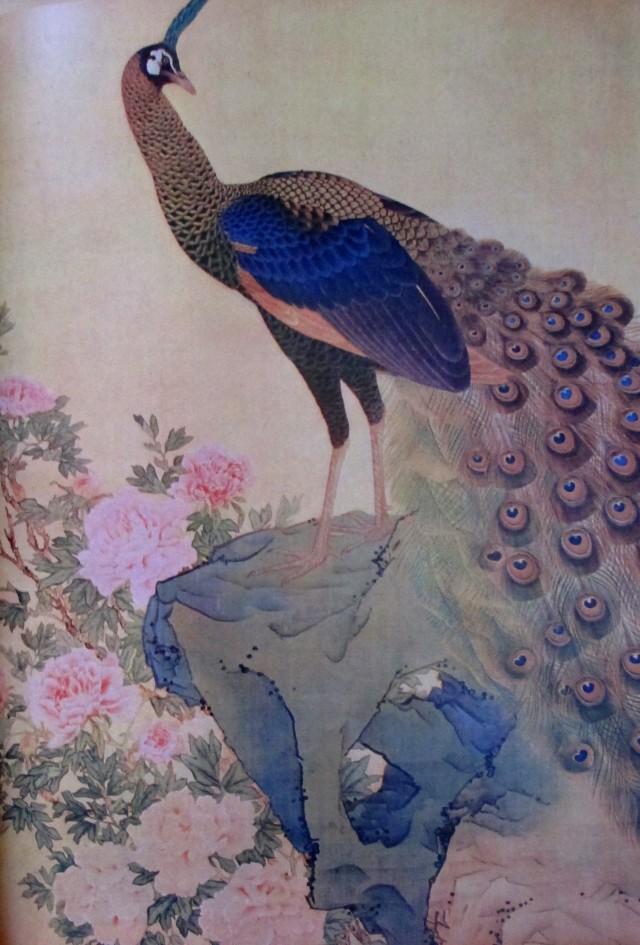 This is Botan-Kujaku-zu (Peonies and Peacocks) painted on silk with a gold foil background, in the Enma-in Monastery in Shiga prefecture of Japan. Completed in the “realistic style”, the peony is associated with the concept of ‘honors and riches’ often associated with the “King of flowers and Peacock” which represents  brilliance and beauty.

Japanese artist, Maruyama Ōkyo was born into a farming family in Ano-o, (present-day Kameoka), Kyoto on June 12, 1733.  As a teenager, he joined the townspeople (chōnin) class in Kyoto. It was in this city that he studied Chinese, Japanese and Western art styles.

He developed his own style which was a mixture of both Western naturalism and Eastern decorative design, which prefaced the founding of his own Maruyama-Shijo school of realistic painting; as distinct from the traditional stylized school. He died on August 31, 1795.

Peacocks and other peafowl are omnivorous and eat most plant parts, flower petals, seed heads, insects and other arthropods, reptiles, and amphibians – so no doubt this peacock can see the uniqueness in these pretty peonies.